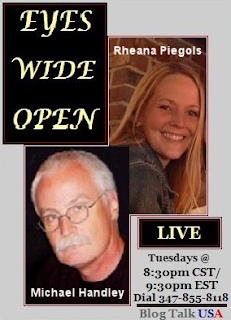 In early June this year I teamed up with cohost Rheana Piegols to broadcast our "Eyes Wide Open" progressive talk program on BlogTalkUSA Radio every Tuesday evening 8:30 PM to 11:30 PM CDT.

We've had a few interesting guests on our program lately who have given us some very interesting views on Texas and national politics. Here are four program podcast recordings we hope you take the time to enjoy.

After the election, Mike embarked on a 2015 Texas "listen tour" talking Democrats across Texas for Texas Democratic Party Chair, Gilberto Hinojosa. Mike shares his experiences with Texas politics and his thoughts on the issues and candidates for the Texas and National Election in 2016!

You might not recognize the name, but it is “the largest private corrections company in the United States.” Have you seen the third season of Orange is the New Black? CCA is the real-life version of the corporation that takes over management at Litchfield Penitentiary and cuts down on cost in overtly stupid ways. It’s a multi-billion dollar behemoth, recognized for its extensive lobbying efforts at the federal level to boost immigrant detention, and in states like Texas to ensure that drug laws remain strict.

I dropped my 7-month old baby son off at daycare this morning. Before I left I watched for a moment as he slowly crawled on the mat toward the only other baby in the room. The other boy was black, with curly hair and inquisitive eyes that followed me for a while as I spoke with the early morning teacher, a wonderful Indian woman who adores my son. After handing off all the bottles, diapers, wipes, and changes of clothes, I turned to find both children locked in a deep gaze. My son was wobbling back and forth on his knees as the other boy lounged in one of the bouncers.

Babies aren't born racists, but over their lives they come to perceive differences and learn biases which will shape the way they interact with the world. Some of those biases will come from their parents. Others might come from their friends or the media they watch.

It's been a little over one year since the death of Michael Brown, and in that time, "nearly 30 unarmed black men were killed in police shootings," including Tamir Rice, a 12-year old boy. We've seen the rise of the #BlackLivesMatter movement, bringing with it an incredibly important conversation. With every death our people grow weary and cynical. We desperately need open dialogue that promotes meaningful and significant action.

Radio and talk-show pundits loudly adulate trigger-happy vigilantes for what they consider to be righteous justice. They tell minorities that if they don't want to be killed, they shouldn't act up.

"Innocent until proven guilty (in a court of law)" is beyond them.

Gnashing their teeth over the music and culture of the recently deceased, they purposefully ignore and marginalize the overt and entrenched injustices faced daily by almost anyone who isn't white. Pointing at the president, they proclaim that racism is dead while scapegoating various minorities for everything from increased drug use to the decline of public schools.

They are paid well to promote these ideas. To tell us that we, as "upstanding, hardworking, and white" citizens, shouldn't care about what happens to people of color.

They are paid to sell that line of thought by billionaires and corporations which gain profits through highly unethical machinations of law in both Congress and our state legislatures. They tell us to focus on the fraud and abuse of the welfare system instead of questioning how "liar's loans" were targeted primarily toward poor ethnic communities before the 2008 crash. They swamp the airwaves with fear over immigrants while promoting the defunding and privatization of our schools, starting with those in predominantly black and Hispanic areas. They attack African American and Hispanic single mothers hoping that we will ignore for-profit prisons full of fathers thanks to officials elected with corporate money. We are told that the poor have chosen to be poor while they are inundated with advertisements on every corner for payday loans with ridiculous interest rates. They tell us that they should just go to college, but unaccredited for-profit universities with huge ad budgets made billions in student loans which often end in default because those degrees are worthless.

They keep us divided with these prejudices and conquer us all by spreading fear and ignorance. Subjugating huge portions of our population to a minimum-wage (aka, "starvation wage") existence, without much hope of betterment, has effectively decimated the American Dream. In 2013, a study found that the United States came in last in economic mobility amongst the 13 rich nations in the OECD. In layman's terms, that means that in America, if you are born poor, you are likely to be poor your entire life. If you are born wealthy...

So why do #BlackLivesMatter?

Black lives matter because they are people, and by ignoring the manner in which they have been treated by our economic and justice systems, we have created a trap for ourselves. With our eyes shut, our government defunded their schools, and we remained blind to the negative effect it had on our own children. As their pleas for justice fall on deaf ears, we subsidize a for-profit prison industry that charges us twice as much for an inmate than what we currently pay for a student. Without speaking up for a living wage and for all workers and gender pay equity, we sacrifice our future earnings to pay for the effects of starvation wages used to bolster profits.


"A house divided against itself cannot stand. I believe this government cannot endure, permanently half slave and half free... It will become all one thing or all the other."

He was speaking about the states in our union which allowed slavery and those which didn't, and it was a prescient statement about what was to come almost two centuries later. As middle-class and poor children are forced to take on more and more student debt, we have become a nation of indentured servants. Nominal wages have declined for decades, making it harder to pay back that debt, and laws have been passed to prevent them from being dissolved via bankruptcy. Companies now use credit checks in the hiring process, a practice which demonstrably favors the wealthy. Usury has been revived in states like Texas, where loan sharks received Governor Abbott's stamp of approval to charge up to 1,000 percent interest.

We ignore the treatment of black people by the justice system at our own peril, for when finally feel the financial noose tighten around our own necks, our protests will be cut short. When peaceful white members of Occupy Wall Street were maced, tased, beaten, shot with rubber bullets, and killed, some black people could be heard welcoming them to the club. We may never understand how centuries of such treatment has impacted their lives and their families, but some of us are starting to awaken to the shared reality of our future. 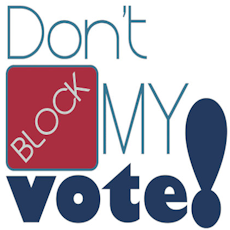 After a two-week trial on the constitutionality of Texas' photo I.D. law in September 2014, Judge Ramos struck down Texas' voter photo I.D. law with a 147-page finding issued on October 9, 2014.